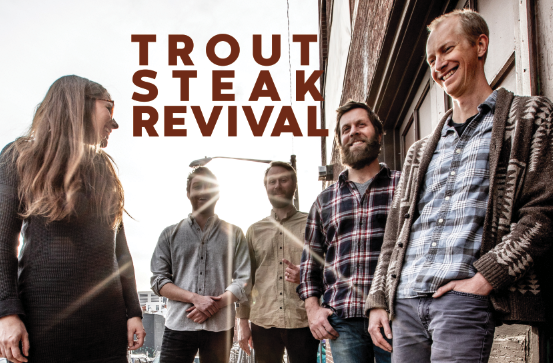 “The Light We Bring”  will be the Colorado string band fifth studio album. With Trout Steak Revival owning their own sound in Americana,  “The Light We Bring” could surprise our ears with diverse influences. The cover album is a chalk artwork created by guitarist William Koster. The string band will also hit the road in support of new album kicking off Feb.2 in Aspen, CO and run through Apr.18, for all news and ticket information visit troutsteakrevival.com. Cover album and tour dates below.

“As the band’s sound has evolved over the years, so too has its albums, and The Light We Bring only furthers that truth. What started as a group of friends exploring mountain bluegrass is now a free-form and exciting exploration of indie, folk, and roots music, beckoning listeners to join the band on its musical journey. 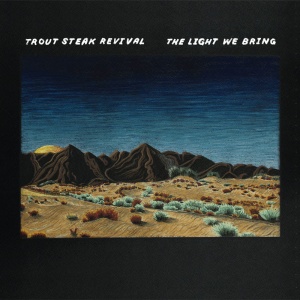