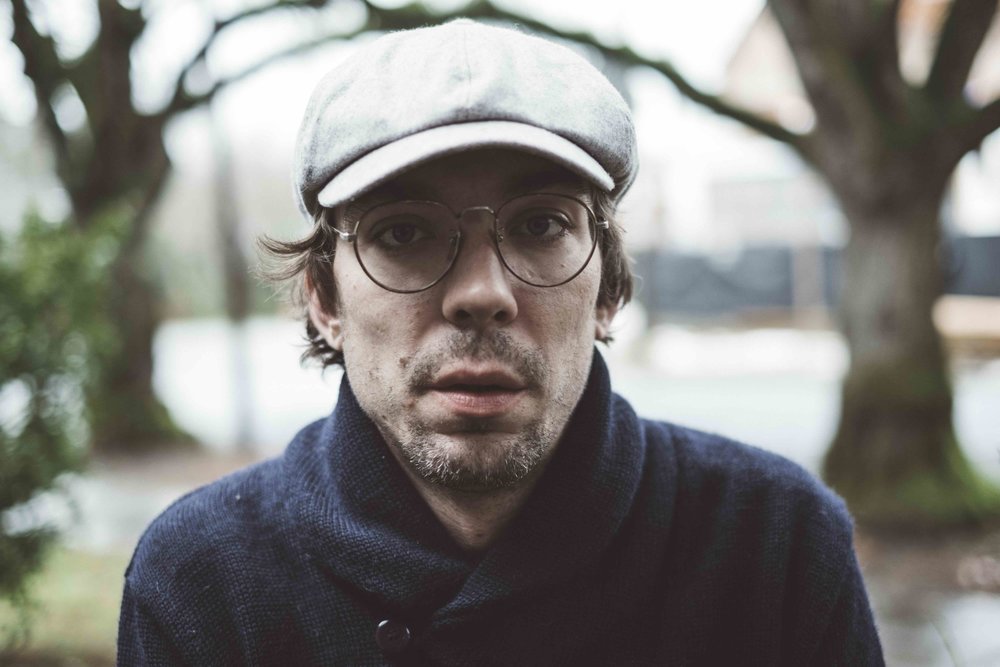 Justin Townes Earle walks on stage with a quick scratch to his scruffy beard. Wearing denim on denim, sporting his grey flat cap. He looks comfortable. He takes a sip of his beer, greets the audience and rushes in with “Champagne Corolla” a quick upbeat opener that makes you aware you’ll be having a great night.

Earle brings to The Troubadour bluesy American roots with a fun, every spot is a good spot show. Earle played a great mixture of new/old songs along with a few covers all with a twist of his solo acoustic work. It really reveals how talented and eclectic Earle can be.

He babbles on chewing cough drops and tuning his guitar between songs. He holds on to the entertainment with his charisma, laughing at jokes passed on between spectator’s. He teases himself on how he always forgets to place a capo on the guitar, in fact a few strums in to a song he stops and puts it on. Earle seemed more at ease as he threw in quick jokes at the crowd. Playing and enjoying every moment while  engaging with ‘LA folks’. Arguing over Memphis having the best barbeque there is and who are we to argue that? One thing’s for sure I wanted to go to Memphis the very next morning! (side note: I didn’t.) He plays his guitar with a percussive slap style and never misses a beat. The one-man show was more than we could ever hope for. Slight history lessons here and there showing how passionate Earle is with his influences. He’s a music lover that stretches out for more and more and his works shows it. I think that’s why he has a very strong loyal fan-base that allows him to experiment and not stay strictly on classic country songs like his early work.

Earle continues his set with a cover of Manson Limpscomb’s “So Different Blues”. Which he comments of having the coolest last name and follows up with another cover of legendary Lightnin’ Hopkin’s “Automobile Blues” a real crowd pleaser. At this point, I’m wanting a whole dedicated album of classic country and blues covers all mixed with Earle’s modern twist. Its difficult to hold back temptation of speaking about Earle’s relationship with his father legendary alt-country artist Steve Earle. One of his most personal songs “Mama’s Eyes” paints a beautiful dark portrait of his difficult relationship between his father Steve Earle and his mother. You can feel the energy of embracing all obstacles he had to overcome in his 36 years. From owning up to his last name and beating his 13-year addiction of heroin. Afterwards he gets more serious speaking about his sobriety and all battles of all addiction. He makes it clear we are all human and we should help one another. He addresses instead of asking, “What’s wrong with you?” better to ask, “Why do you hurt?” You can look around and see everyone’s reaction thinking for a moment and it’s just amazing an artist can bring a handful of people closer together with a guitar and words.

Justin Townes Earle closes the set with his signature song “Harlem River Blues” an upbeat rhythm with haunting lyrics of choosing your fate. The crowd is mesmerized and begin clapping along to the final chorus. Earle jokingly stops and tell the crowd to shut up. He proceeds with a smile and finishes the tune.  Earle brought everything in one night. He has the crowd and himself expressing opinions and joking with one another. Denying requests and showing how much he worked on his setlist. He exits stage with an applaud. We are chanting for another round, finally he enters center stage. His encore brings a cover of Malcom Holocombe’s “Who Carried You” and his acoustic touch of “Can’t Hardly Wait” by The Replacements. Justin Townes Earle is a definite act to see. I don’t want to seem biased, but I was totally thrilled to have a chance to experience this up close and personal performance. Highly recommend anyone and everyone to go through his discography, you’ll find a song you can relate to if not sing along to. He’s made his stamp with alt-country and pushing boundaries all with keeping close to his roots. A rare singer-songwriter we have in the music industry today. Don’t miss out when he’s in town, I know I won’t.