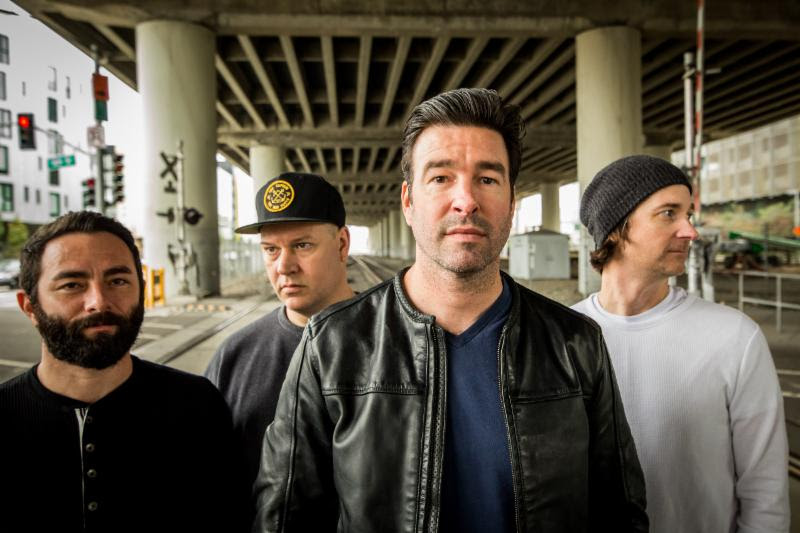 If you have not heard of Sacramento,CA natives Will Haven you will now, and if you are fan you will become a stalker after you get your ears on upcoming album ‘Muerte’. After a small brake, Will Haven’s sixth studio album is due to hit the music marketplace on March 23rd under Minus Head Records co-produced by guitarist Jeff Irwin. The band recently released the track ‘Sol’ with special guest guitarist Stephen Carpenter of Deftones who also co-wrote the track. We recently caught up with Jeff Irwin to talk about the new album.

CML: Muerte will be out in few weeks. Good records create new music cultures and movements. This feels like one of those records and it sounds like it will be removing a lot of earwax from fans. How exciting is this for Will Haven?

JI: Wow, thank you!, that means a lot! Overall this record has a very cool vibe to it. I was worried about how we would capture the songs on the recording the way they were written. We had a lot of stuff going on and trying to get that on a recording is hard but we did exactly what I was hoping for. We caught the vibe of being heavy while having a cool, dark, epic vibe to it. We are really happy with this record. Everyone in the band was excited when we finally finished everything. I think that the most important thing was just to make the best record we could at the time and I think we did that.

CML: You recently said about the new record “It felt like a rebirth, It sounds like a new band.”  Was there something different on the process of songwriting that made this feel and sound like a new band? Did the songwriting come easy?

JI: The start of this record began a long time ago. In fact alot of stuff that ended up on this record wasn’t initially written for Will Haven. I have always had ideas for other projects other than Will Haven, so I had a bunch of stuff that I had previously demo’d.  When it came time to begin working on Will Haven I dug those out, hoping I could somehow incorporate those ideas into Will Haven.  It took time working the songs so they would fit and make sense. We have a certain sound that just naturally comes out but we were also trying to push the envelope a bit. Using some of the demo’d material and incorporating it into Will Haven was that piece we needed. I still didn’t know how Grady would approach it, so after everything was done and recorded we were like, “wow this is new level for Will Haven!”  We came out of the recording process feeling like we started a new band with a new sound while still being able to keep the Will Haven vibe.

CML: It sounds like the band is very tight and on the same page on this record. Did it feel like like you picked up where you left off? In many ways felt natural.

JI: Definitely.  We are a lucky band because we have all been friends for a very long time.  I have been best friends with Grady since we were 10, and Mitch and Adrien for over 25 years, so this isn’t a normal band were you show up and practice and jam with the guys. This band is a family. Besides our creative differences at practice, we are always on the same page and know what is best for the band.  We are a family and we look out for each other.  We are definitely all for one and one for all in this band.

CML: How long was the process, from song ideas to final mixing?

JI: Will Haven was on a small break for a bit, so in that time Adrien, Mitch and I were jamming on ideas for other music projects.  That was about two years ago. Soon after that, we were approached by a label. That  brought the idea into to our head to record a new Will Haven record.  The writing took about a year and a half, then recording and mixing about another 6 months or so.  It was a long process but we really did take our time with it, we would write a song and then I would take it home tear it all apart and try to make it better. We did that with every song pretty much until I ran out of ideas for it.  It was important that we took our time and put a lot into it. I walked out of the studio fully satisfied with the finished product.

CML: Muerte is a heavy word, is there a special meaning to the title?

JI: For me it has a few meanings. Muerte (which means death in Spanish) was supposed to mean the death of Will Haven but for me the word was a big inspiration for writing.  Death is a big thing to me, it takes the things you love the most away from you. The thought of saying goodbye forever leaves a person with  an emotion That is more powerful than anything in this world. Death is the final result for every living thing on this earth. That’s so crazy to think about!  All of those emotions inspired me to write and think about maybe this is the end of Will Haven.  Also, all of the things that I have loved forever will one day be gone.  Will Haven’s music is purely based on emotion and this was a perfect fuel to the fire.

CML: First taste of Muerte is the track “El Sol” co-written and also the guest guitarist Stephen Carpenter of Deftones. How did this song come together with Stephen? Also a lot of emotion behind Grady’s vocals.

JI: Well, everyone knows that Will Haven and Deftones have a cool bond, We have been friends way before Will Haven even was thought of, so when I started Will Haven, Stephen was a huge influence on me because he was the only guitar player I knew personally and watched play all the time. For me,  it was finally time to do something with my hero.  It was pretty simple, I called him up and asked him if he would want to do a song for the new Will Haven record and he agreed to send us something. He ended up emailing me an 8 minute song of just riffs haha!, I wasn’t expecting something that fast but I was stoked when I got it, so I went though it and added my parts to it. We had to cut a bit out just to shorten it a little but I definitely kept all his riffs in there. It was fun and super easy to put together. We were both happy with the way it turned out and for me it was something that I had to do before Will Haven was gone. Grady is my best friend but I am so fortunate to have him in my band, I love his voice and I love how he sings from his heart. There is no faking with him; personally or musically.  He is the real deal and he fits what I do perfectly. I know whatever I write he will always make it better, so what an asset to have, he is one of kind.

JI: I like that!  I have people say to us and Deftones sound similar in certain ways which I get,  because we did grow up together.  We are from the same town, we have the same influences and so on. There is that “sound” but at the same time I think we both have our own styles.  When Will Haven started I had just started learning how to play guitar. I never took a lesson, I just learned on the fly, so I think that is a huge reason why we kind of have our own sound. My goal was to make noise. The guitar for me was never an instrument but a voice, I didn’t care if I could shred. I still don’t and can’t but if I could make something sound big and heavy that’s what mattered, so even though I had influences I just did whatever came out of me.  To me music is an emotion so that’s all I try to portray.

CML: How much influence did Deftones and the Sacramento music scene have on Will Haven in the early days? How much different is the underground scene now in Sacramento, than it was back in the early 90’s?

For me, Deftones were more of an influence on me personally.  I saw how hard they worked to get where they are, and how they never lost that down to earth attitude as well.  I was drawn to them as people before the music. I loved hanging out with those guys – skating all over Sacramento with Chino, listening to Bad Brains, Jane’s Addiction and Smashing Pumpkins. When I started Will Haven,  I kind of had an idea of how to be in a band being friends with those guys. Also Far was the biggest influence on me personally, I lived with Shaun Lopez for years and was there firsthand with them. Shaun and I started the band SOCK which I played drums for.  That was my first real heavy band, so that was the start of what became Will Haven.  The scene in the 90’s here was awesome!  We had so many amazing bands and no one sounded like one another. The big bands were, Far and Deftones, but no one tried to be like them.  We had so many different styles and everyone had there own vibe going on.  It was so awesome to be a part of.  You didn’t need to leave town to see an awesome show. Every weekend there was a local band to see perform live.  I feel so lucky to have been around during that time. It has for sure changed since then.  The club where all of this craziness happened burned down a long time ago and so did the scene, it seemed like. We still have a lot of cool bands but nothing like the movement we had in the 90’s. It was a pretty special time and I am lucky I got to ride that wave.

CML: A few shows coming up with Fake Figures, including an album release party, can we expect a full tour in 2018?

JI: I don’t think we will do a full tour at this time, but if Deftones or someone else came to us and said, “hey let’s go tour,”  I think it would be hard to say no! Right now, we have some West Coast dates and we hope to get over and do something like that on the East Coast too. We would also like hit the UK and some of Europe as well.

CML: Any specific bands Will Haven would like to tour with?

JI: Tons of bands but to do another tour with Deftones or Slipknot would be amazing. Both of those bands are really good friends of mine and being able to do this with your friends makes it so much more fun.

JI: There are some bands out there that I definitely dig, but my influences come from life and emotions.